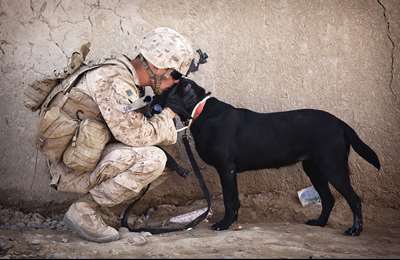 Things You Should Know About Dog Soldiers

Dogs have been found on battleffields since as early as ancient times. They used to fight along with humans. Their role in battelfields has changed over time. In WW I dogs delivered messages (and often died while doing so).  In WW II dogs were trained to kill the enemy, to explore areas which were too dangerous for human soldiers and sadly sometimes they were strapped with explosives and sent among the soldiers of the enemy (read many more details about the history of soldier dogs: https://en.wikipedia.org/wiki/Dogs_in_warfare). Nowadays, the duty of most soldier dogs is to sniff out explosives. Wanna know some interesting facts about them? 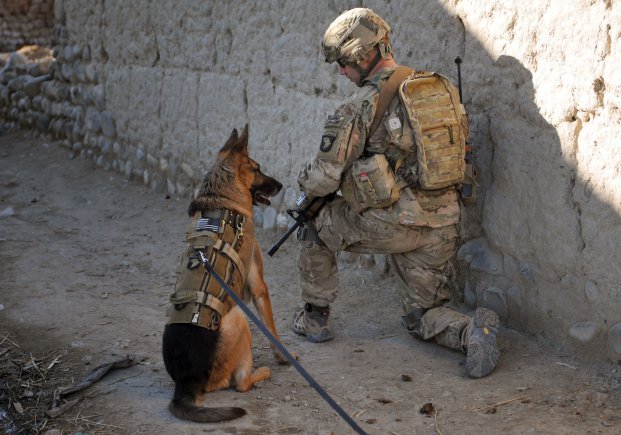 Arm Your Own Soldier!

- The high quality Powerharness is not only for German Shepherds. A Pug or a Chihuahua would look cool in a camouflage patterned harness as well: https://k9harness.com/filterSearch?q=camouflage&adv=true&adv=false&cid=94&isc=true&isc=false&mid=0&pf=&pt=&sid=true&sid=false#/pageSize=9&viewMode=grid&orderBy=0&pageNumber=1

- If you regularly go to the great outdoors to train your four legged friend, you may need a camouflage patterned sidebag on the dog's camouflage harness (or maybe on a black harness?) to keep documents or small accessories of training/therapy work in it:

Talking about training in the great outdoors, you may want to take a camouflage treat bag with you:

Leave your comment
Blog search
Blog archive
Popular tags
Cookies help us deliver our services. By using our services, you agree to our use of cookies.
Learn more