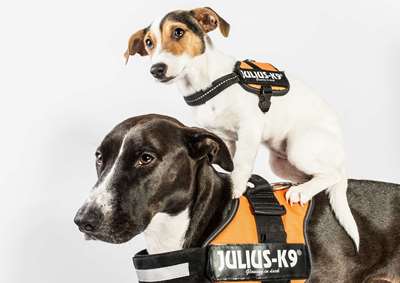 It's still the leading dog harness in the EU since it has been put to such a good use that many dog trainers stick to the traditional K9 Powerharness!

But where does this popularity come from?

In 1997 first demands came from Austrian and Hungarian police forces who trained working dogs. The harness was such a succes that even military units started using them!

In 2000 this great invention is presented to the public eye at VDH World Expo in Dortmund.

After, the K9 Powerharness became the most popular dog harness in Europe and Julius-K9 is still the greatest dog equipment supplier in the EU. Julius-K9 has contracts with various authorities, countless trainers and dog shelters.

For this reason Julius-K9 Powerharnesses were regularly presented in the media.

In 2010 the new IDC Powerharness product line is developed.

From then, sales in the USA mainly consisted of IDC Powerharnesses. But the popularity of the original K9 Power Harnesses is unbroken.

Well within the year of 2010 twenty innovations were presented at the Hungarian patent office of which many are part of the new IDC Powerharness family.

Here are the main differences: 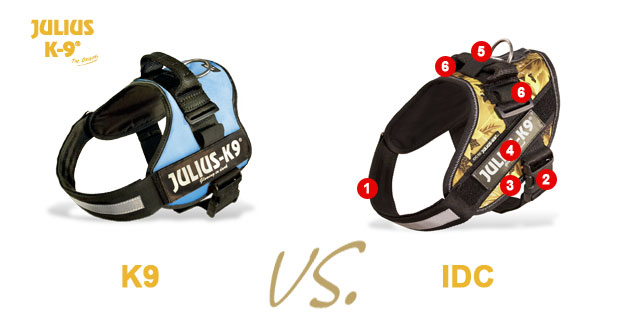 These differences are no big deal, right? This is why the Julius-K9 Powerharness is still rocking today!

Leave your comment
Blog search
Blog archive
Popular tags
Cookies help us deliver our services. By using our services, you agree to our use of cookies.
Learn more